Clearly, beaTunes 4.5.2 isn't half as exciting as tomorrow's Apple iPhone 6S event. But! Obviously, it's important to me and quite possibly to you. So what's in it?

Just like the previous update, this one fixes and improves a couple of little things. On Windows, I hope issues with displaying the bemolle or flat sign are finally a thing of the past. Unlike on OS X, the default Swing label font on Windows isn't necessarily capable of showing this glyph, which made things a little bit more tricky. On OS X, error reporting for memory issues while performing an FFT has been improved, thus avoiding unnecessary crashes a few people have experienced under very high load.

Not so much triggered by a bug in beaTunes, I have improved the detection of iTunes Library XML sharing. As you may know, beaTunes reads the iTunes library data via a file called iTunes Library.xml. This file is periodically exported by iTunes, to allow third party apps like beaTunes to find out about media managed by iTunes. Apparently, this mechanism has fallen out of favor with Apple. Recent versions of iTunes installed on new machines seem to have this feature turned off by default. So that's why I spent some time making sure you get a meaningful error message, in case it's off. The screenshot below shows which checkbox I'm talking about. 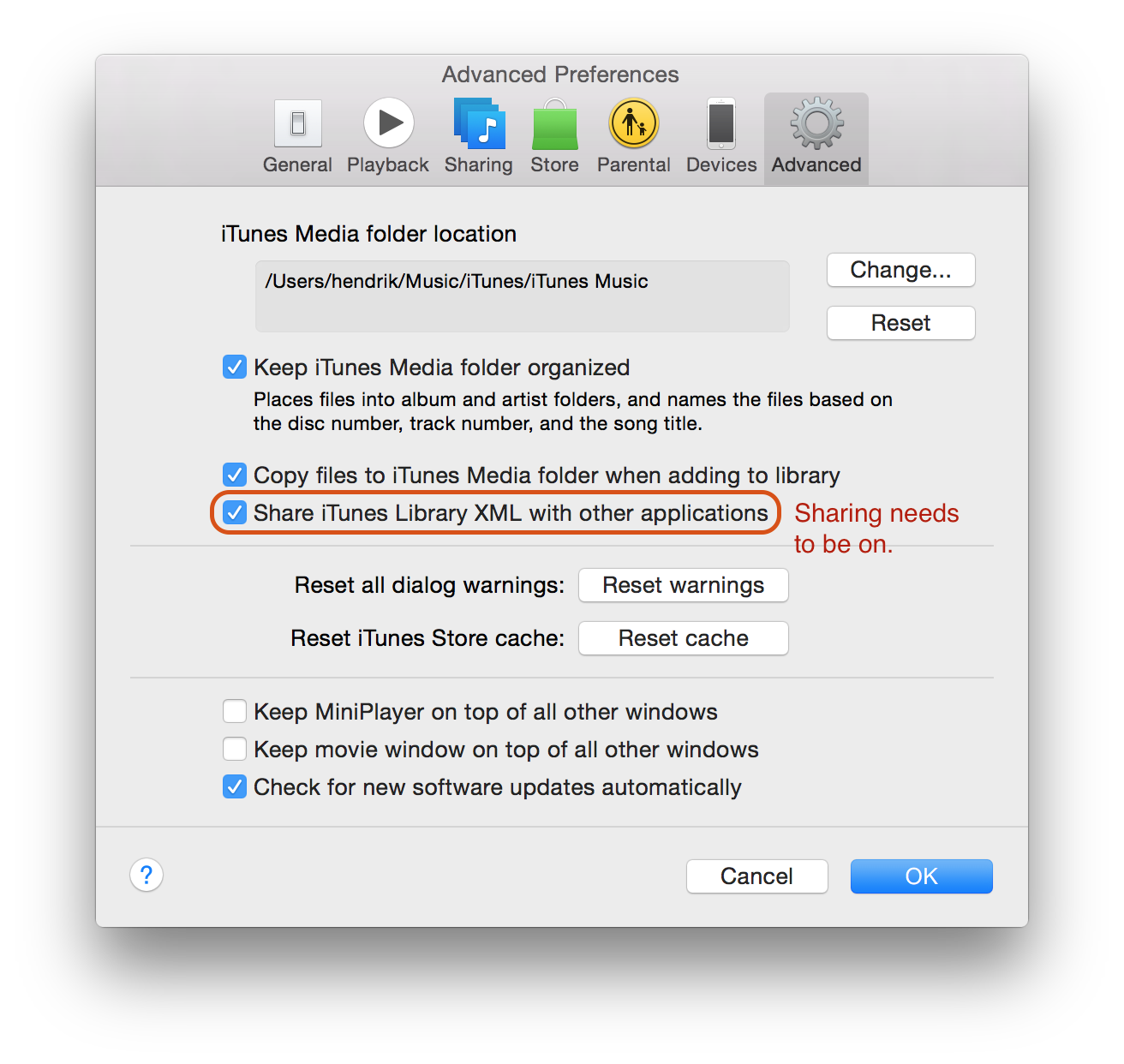 Most important changes in 4.5.2