Song and album ratings in iTunes/Music have been quite the hot topic at some point, because iTunes computed them in some cases automatically. Visually, these computed ratings were differentiated in the UI from the manually entered one by using gray as color (for the rating stars) instead of black or the accent color (usually blue). 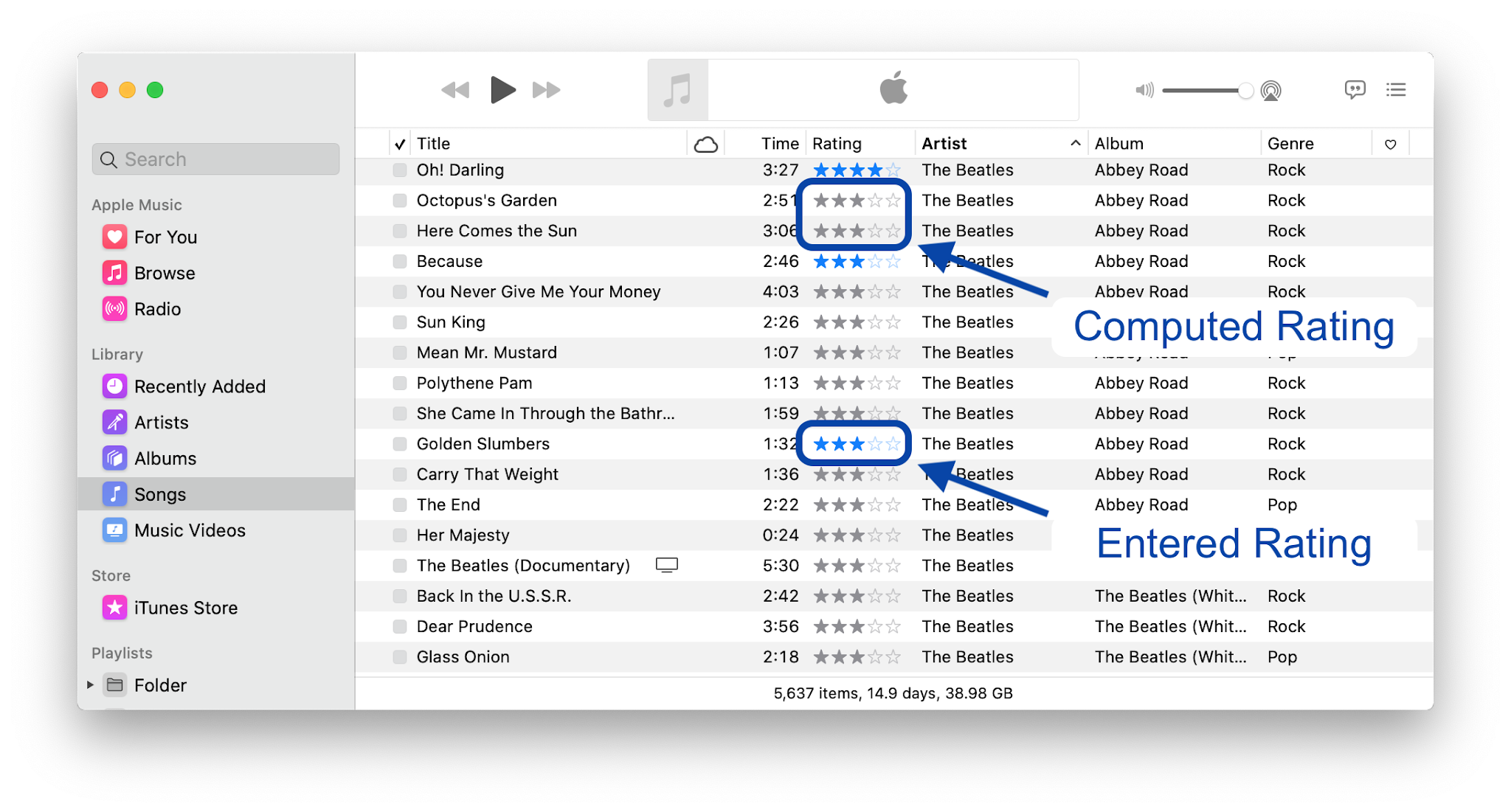 beaTunes followed this convention. However, there were some shortcomings in how it handled computed/manual ratings in the rest of the application. First of all, when opening the Get Info panel in beaTunes, it would always show the rating in solid black, regardless whether it had been manually entered or computed. In 5.2.23 this has been changed to only showing a rating, if it has been manually entered. A similar behavior has been implemented for the multi-song Get Info panel. Only if all selected songs have the same manually entered rating, it is shown, otherwise the rating is undefined. 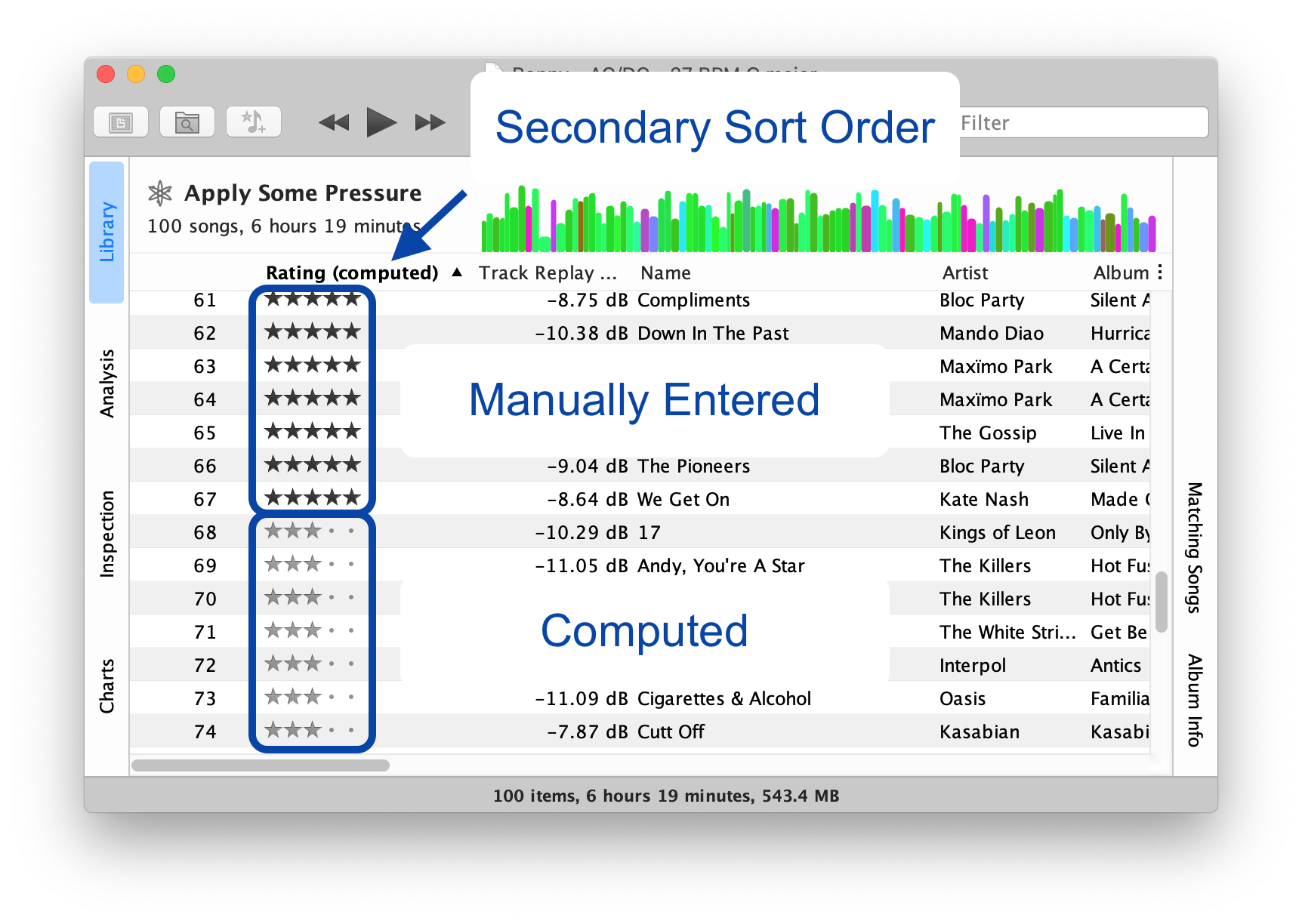 The second issue occurs when sorting songs by rating. By default the computed ratings were treated just like manually entered ratings. Version 5.2.23 offers an alternative (secondary) sort order. By clicking on the table header of the Rating column (not the arrow, but "Rating"), you can toggle the sort order to first sort by computed or not (note that other columns also offer similar secondary sort orders, for example, the album or artist columns). 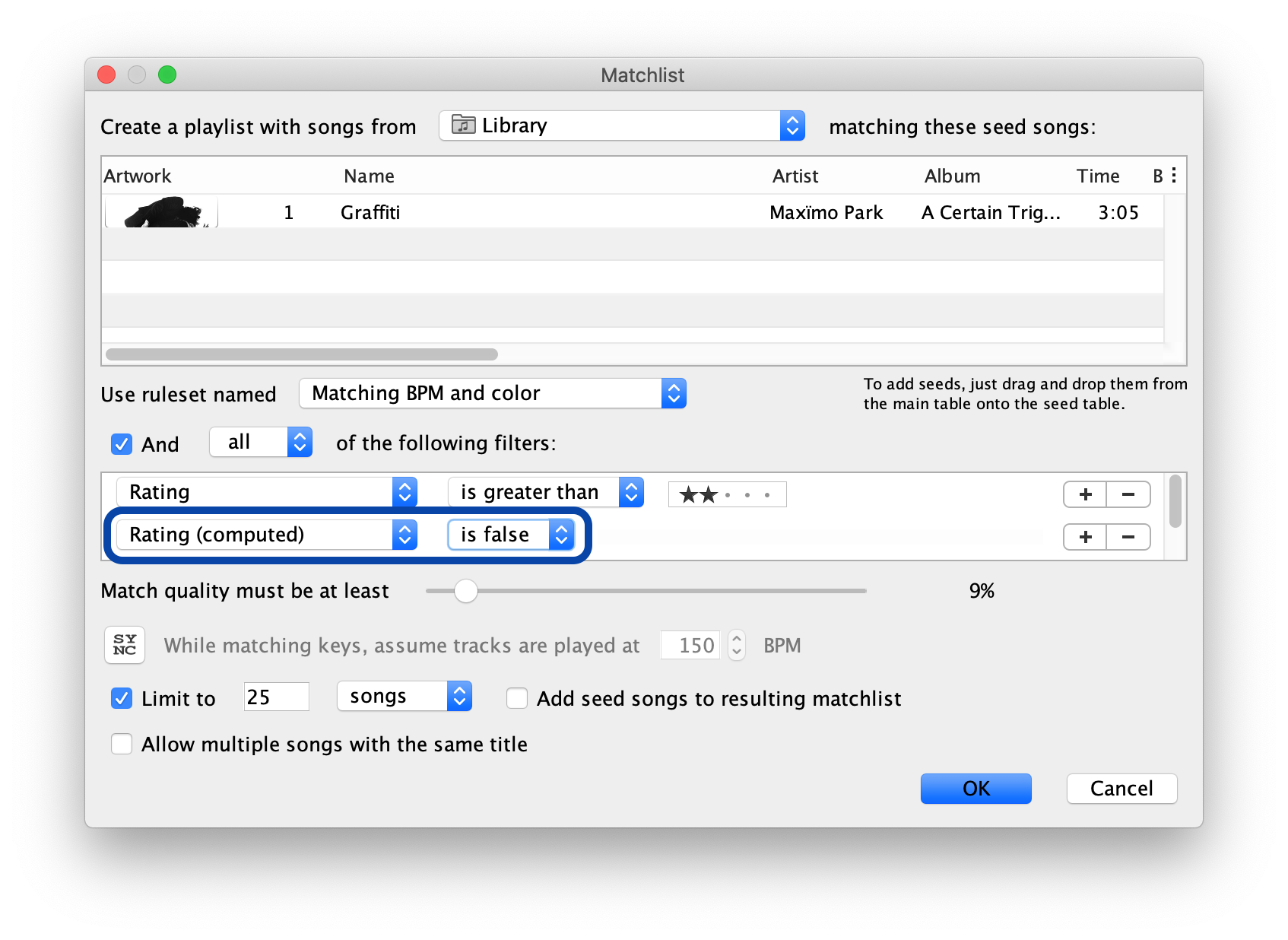 The third issue addressed in 5.2.23 deals with the creation of Matchlists. Previously, it has been impossible to distinguish between manually entered ratings and automatically computed ones, when specifying a Matchlist filter. This is now possible by setting the new Rating (computed) field to true or false. A similar field now also exists for Album Rating (computed).

This is a great post! However, as a new user to 5.2.26, I'm finding "computed ratings" in my match, even when I select "Ratings" and not "Ratings (computed)".