Back in December Apple made clear that it does not want Java apps in its store. Now the company took the next step: non-MAS (Mac App Store) apps are banned from the Apple Design Awards (see Ars Technica).

I fail to recognize how using a particular sales channel is a sign of good design, but I'm sure Apple knows what it's doing to boost sales. Its sales.

For a long time people have been asking me to introduce the Camelot notation to beaTunes. Unfortunately, the company that invented that notation, believes it can force other companies to license the scheme from it - a concept more than a few people disagree with. What is needed, is a truly free and open notation that features the advantages of a numeric key notation. In other words:

Nobody will ever be forced to license the scheme or - even worse - pay fees to use it.

Surprisingly, this isn't hard to achieve at all. Any harmonic mixing scheme must be based on the so called Circle of Fifths - a concept hundreds of years old. In it, neighboring keys typically match pretty well. 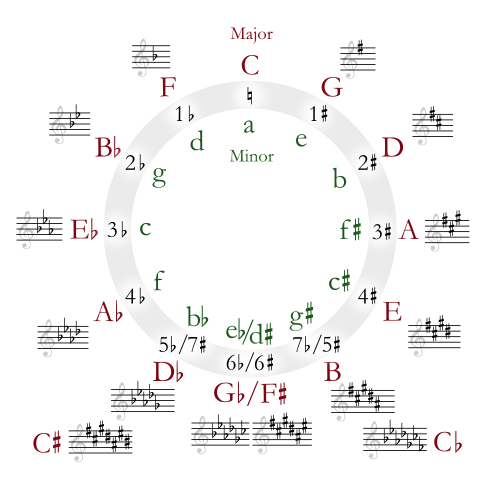 All one needs to do to make it a little easier for non-musicians, is to assign numbers to each key and a letter for the mode (i.e. major or minor).

The Open Key Notation (OK-Notation) does just that. In it, the very top of the circle, i.e. A minor and C major, are denoted by a 1. The next keys in clockwise direction (G major and E minor), are denoted by a 2 and so forth. Major keys are annotated with a d (for German dur), minor keys with an m (for German moll). So C major becomes 1d.

From release 2.1.19 on, beaTunes will display the classic key name, a color, and the OK-Notation. MixMeister already displays keys in a fairly similar fashion. I hope other programs will follow.

Due to maintenance work by server4you.de, we are currently experiencing problems sending license mails. We hope they fix the issue soon...

Update: Apparently everything is back to normal.