Show Key As If... Harmonic Mixing Without Time-Scale Modification

One of the unique features of beaTunes 5 is the ability to show song keys as if the song was played at a different tempo. “World Sick” by Broken Social Scene is usually in C Major (1d) with a tempo of 118 BPM. If we played the song a bit faster using a DJ software like Traktor, say at 125 BPM, what key would it be in? The answer is D♭ Major (8d). beaTunes can show you this.

But why would you want to know this? How is this useful? If you're DJing using Harmonic Mixing, you need to know what key songs are in to create smooth transitions. Obviously the transition becomes even smoother, if the tempo also matches. There are three ways to achieve this:

Using option 1) you will soon realize that it is pretty hard to find just the right song. Option 2) works well digitally, but is problematic when you DJ with vinyl. Also, even though time-scaling algorithms are really good these days, they sometimes introduce a slightly metallic sound. Especially transients aren't easy to slow down (see for example here). Lastly, option 3) avoids some of the disadvantages of time-scaling algorithms, but poses a new challenge: how can you find songs that are in a certain key when played at a given tempo? And that's exactly the problem that beaTunes 5 solves.

To unlock this feature you obviously first need to analyze your music, so that both tempo and key are known. Then simply click on the little Kebab menu at the right edge of the main table's header. 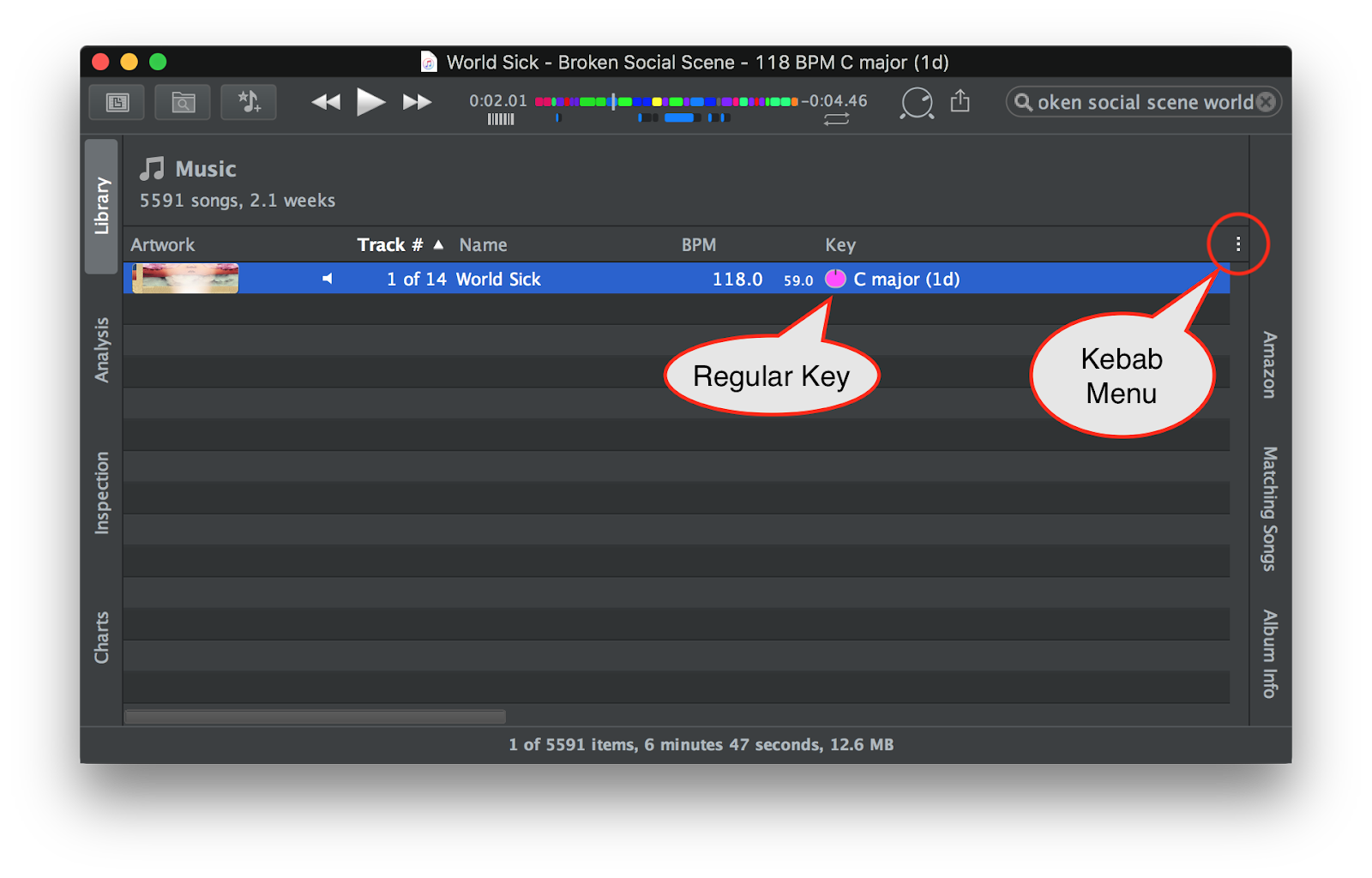 Clicking on the Kebab menu opens the table's View Options dialog. At its bottom you can turn on SYNC, the feature that cause beaTunes to show song keys, as if they were played with a different tempo. 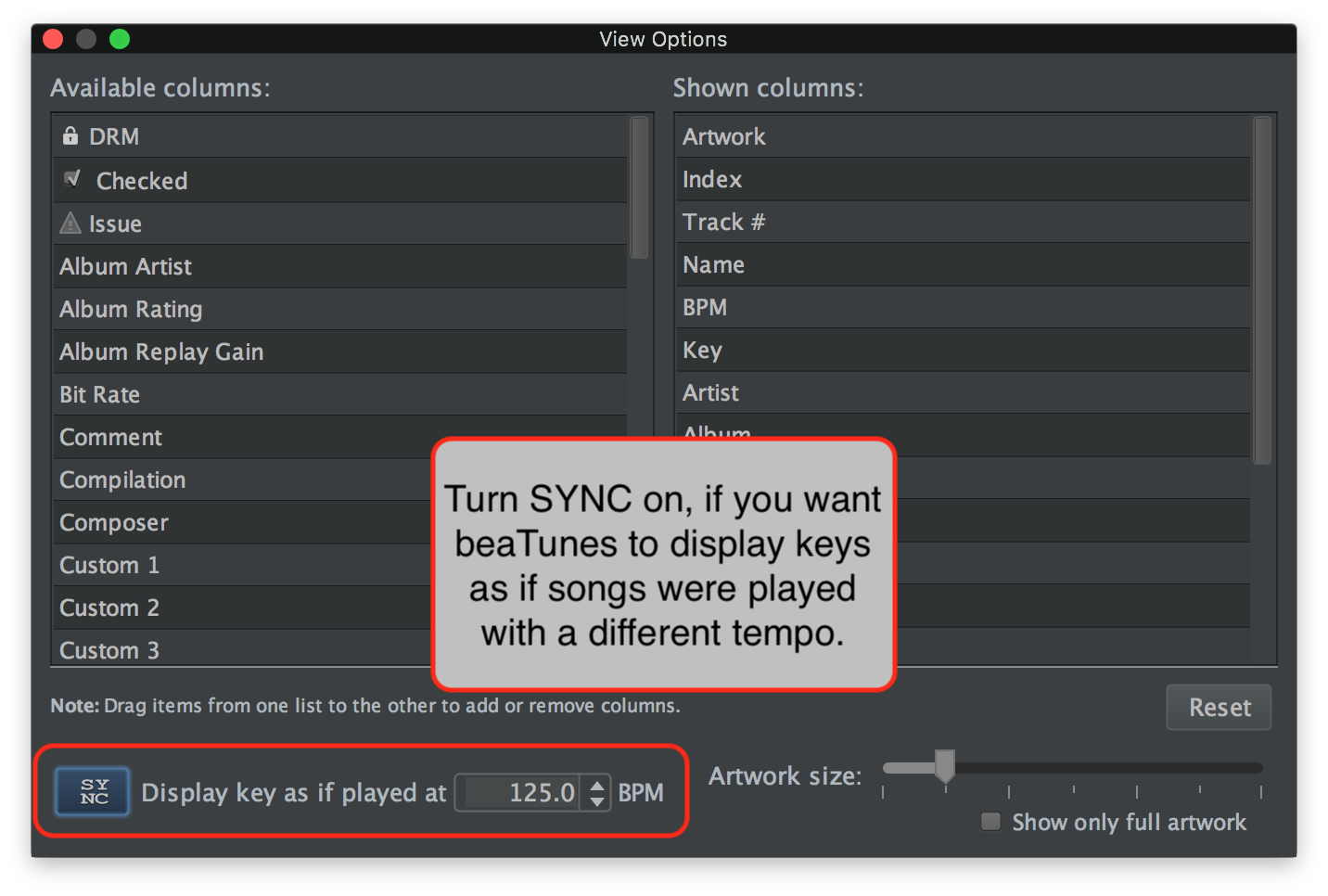 Once SYNC is on, beaTunes displays the shifted key, i.e. the key a song would be in when played at a certain target tempo. 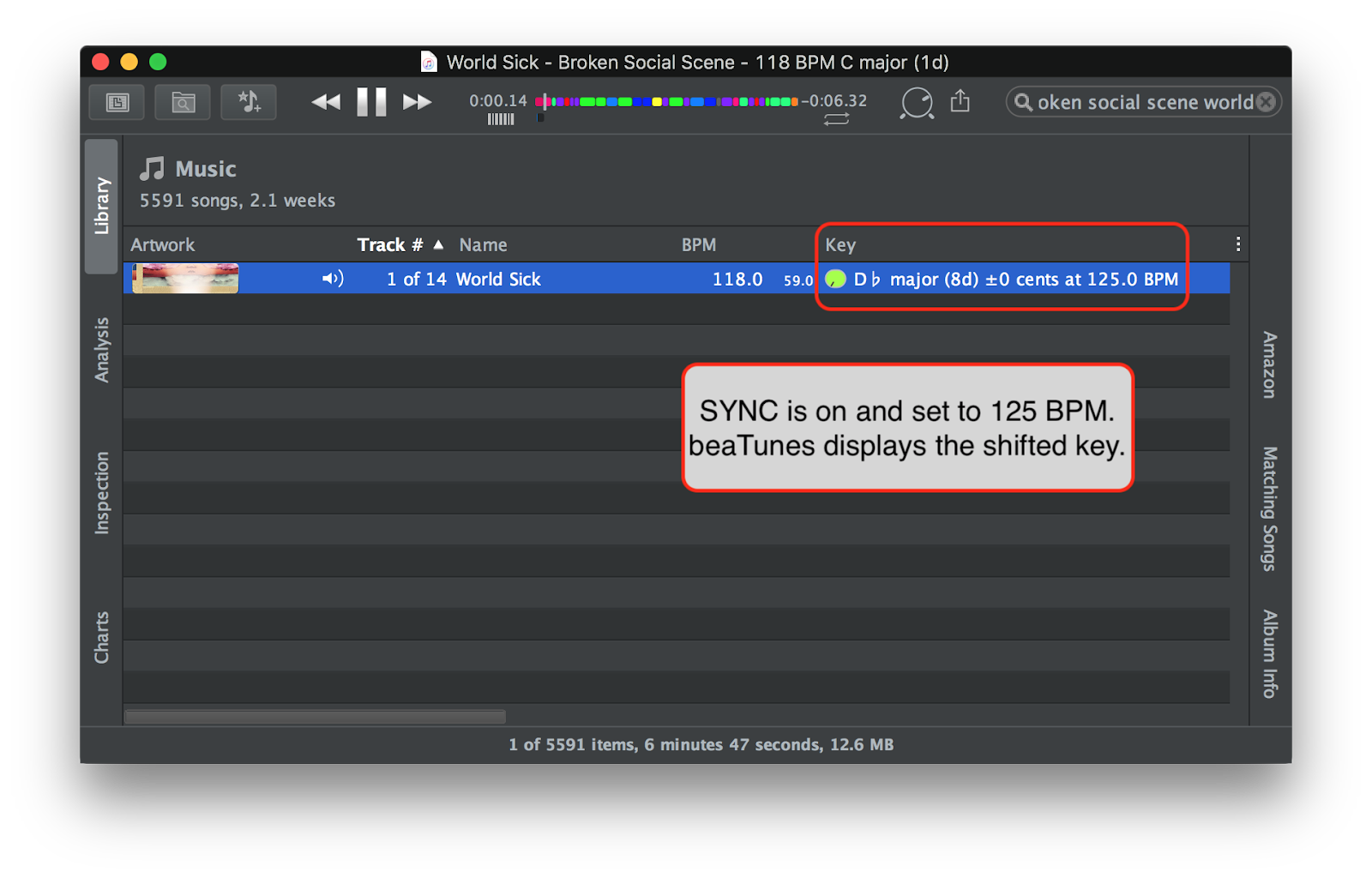 Being able to see the key in this modified way is a great tool for DJs who don't like to use the time-scale modification of their DJ software, but still want to mix harmonically. To make this even easier, the SYNC functionality is also built into beaTunes' Matching Songs pane. Once SYNC is enabled in the main pane, the similar BPM rule matches songs that have the target tempo. 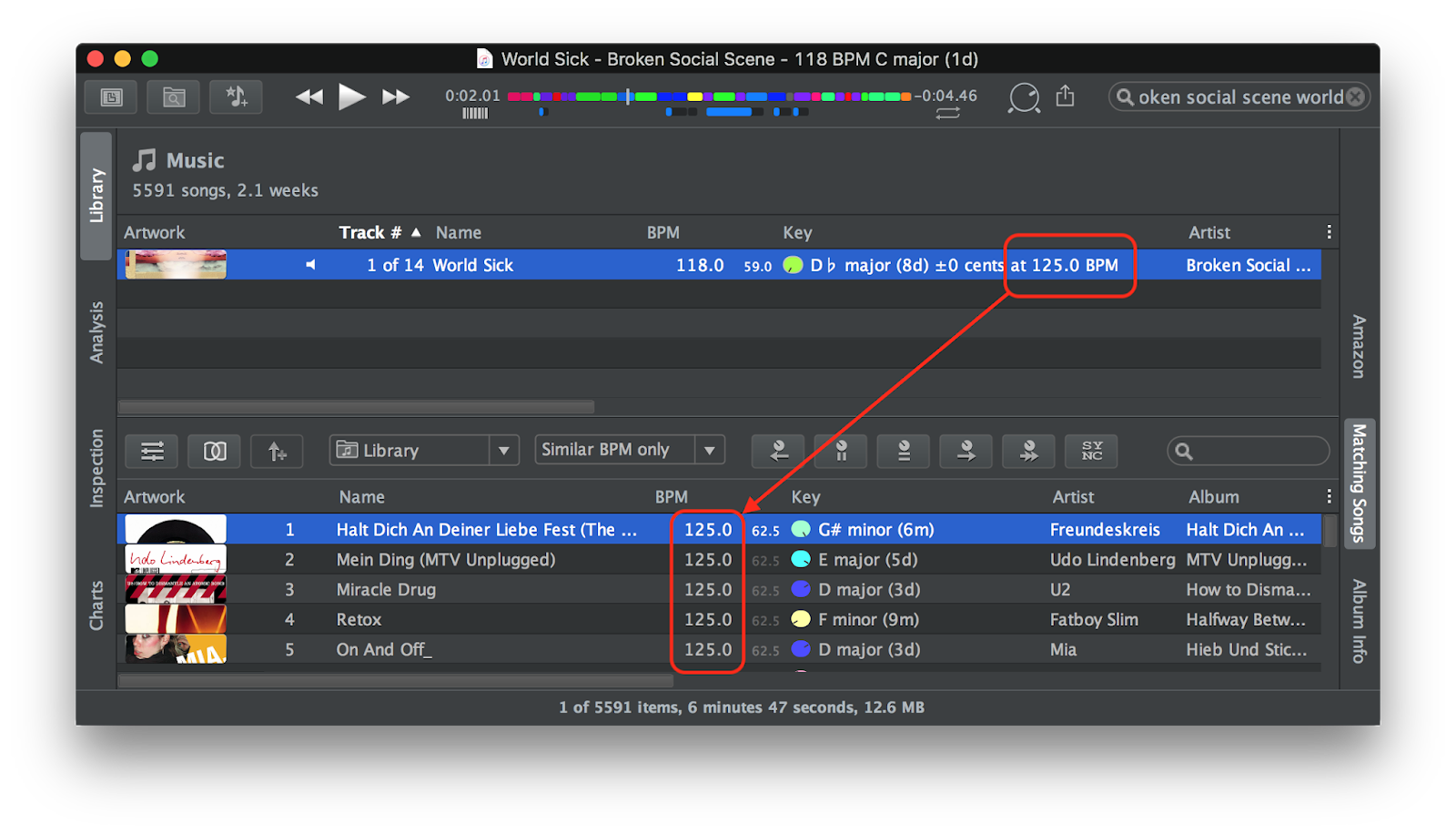 Additionally, you can also configure the matching songs table to display keys as if played at the tempo of the song in the main table. To do so, just click on its SYNC button. Isn't this super cool?! I believe this feature is indispensable when mixing harmonically without time-scale modification.

PS: To avoid confusion and disappointment, beaTunes cannot play a song at any other tempo than the original tempo. Time-scaling or pitch-shifting are not supported. You will need a proper DJ playback software for that.