Get beaTunes for 46% off

Just a little heads-up: Starting on September 1 (yep, that's tomorrow), we are having a little sale over at BitsDuJour. This is an awesome deal you won't be able to get anywhere else for a while. 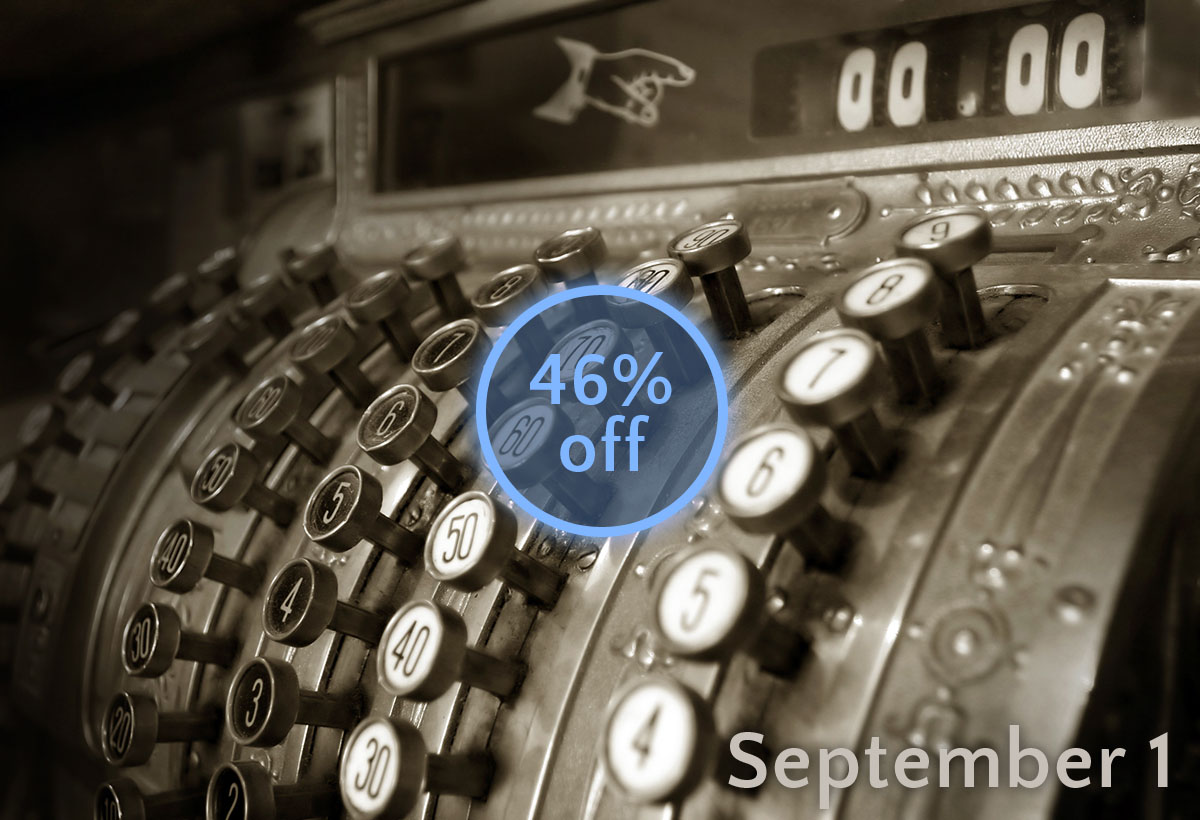 The original post claimed the sale is today... well, looks like I was ahead of my time... :-)

Thank you for the very positive feedback so far. Sounds like the new beaTunes 4.5 look is a hit! I very much appreciate it.

But unfortunately no release is perfect. Neither was 4.5.0. So here's the first maintenance update for the issues found so far—all of them fairly minor. As always, you can download the update from the download section of the website.

Most important changes in 4.5.1

It is done. Just a couple of weeks after I posted the first EA version of beaTunes 4.5, I'm extremely happy to announce the immediate availability of the final beaTunes 4.5. As already mentioned earlier, this update focuses on eye candy, usability, and “stuff under the hood”. 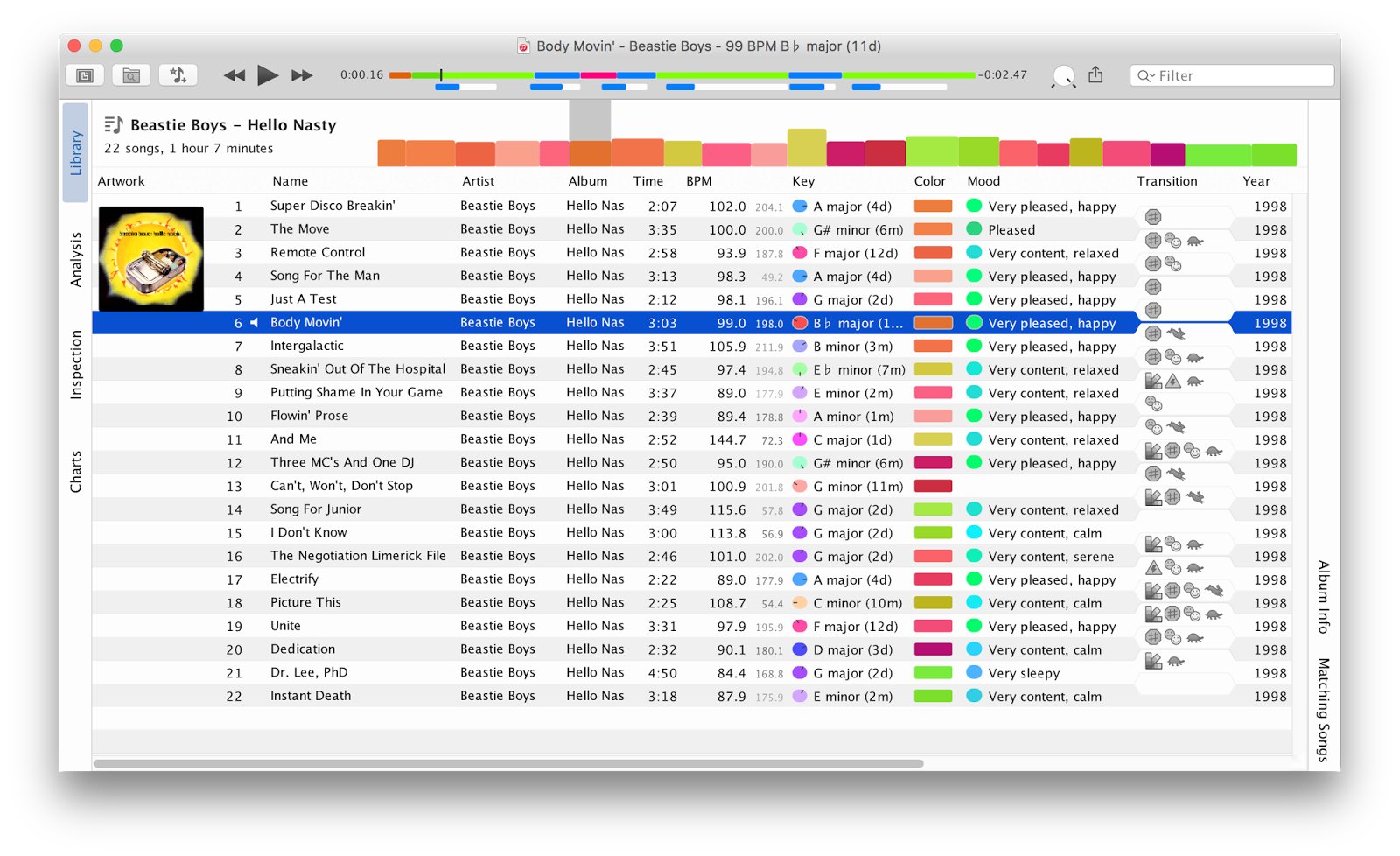 Let's start with the obvious: Eye Candy. beaTunes 4.5 features a fresh new UI, fitting in well with the Yosemite/El Capitan look—simple, flat, yet stylish. Beyond the superficial, the UI has been gently re-organized. Top level view selectors (Library, Inspection, Charts, …) have been moved to the left edge of the application window. Similarly, list-specific sub-view buttons (Matching Songs, …) have been moved to the right edge. As a result, the status bar (bottom edge) has become optional and can now be turned on and off via the View menu. The same is true for the side bar, containing the list of playlists, charts or inspections. 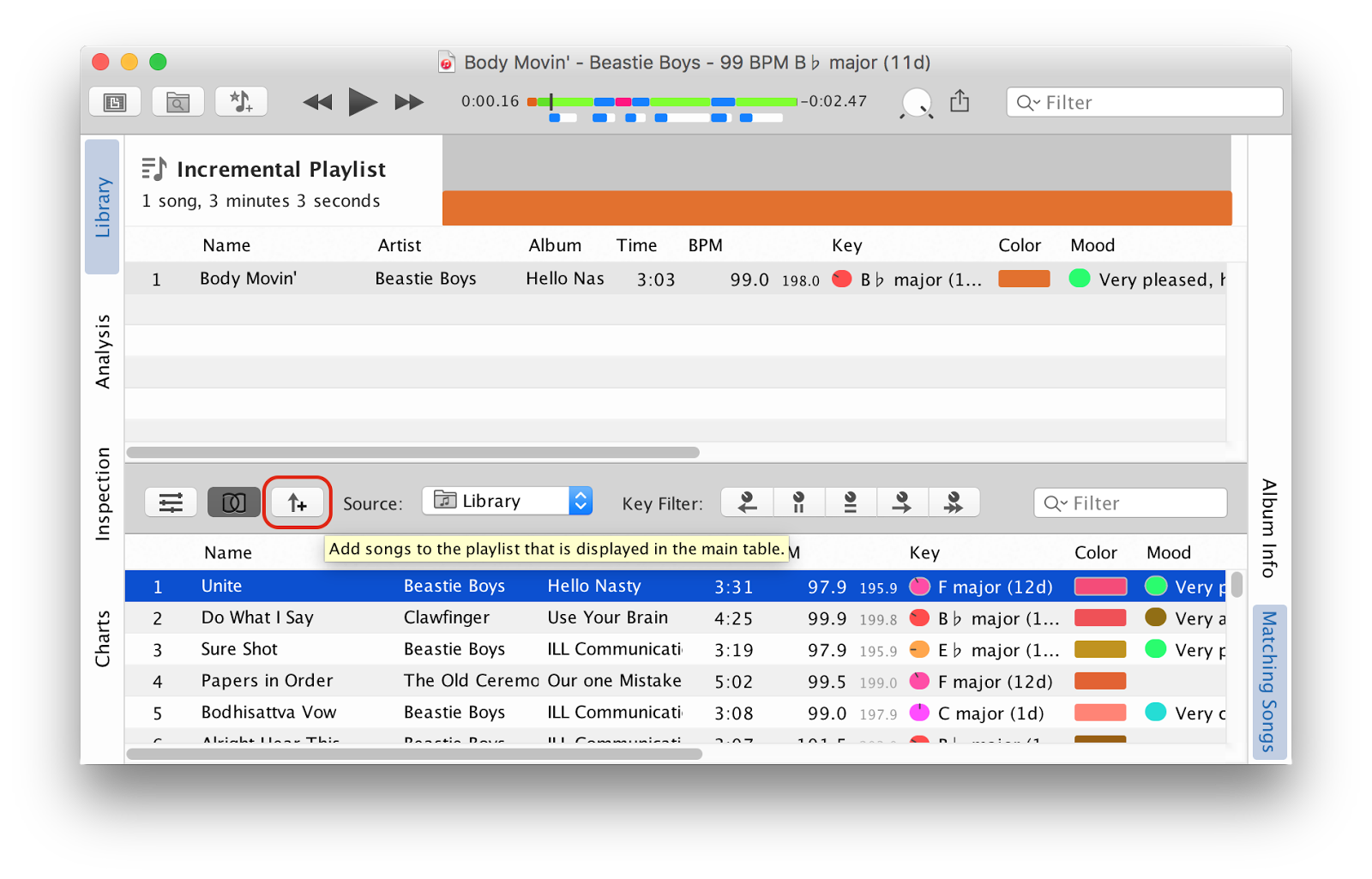 I have to admit, this seems like a very small thing to mention. But in the Matching Songs table, I have added a button that allows instant adding of the selected song to the current playlist (as long as it's editable!). What's so nice about this is, that the newly added song is automatically selected and the new matches are computed right away. Because the button has a keyboard shortcut (Alt-Enter), you can incrementally add songs to the main list without your hands leaving the keyboard. I should mention that this feature was originally suggested by a user. Thanks! 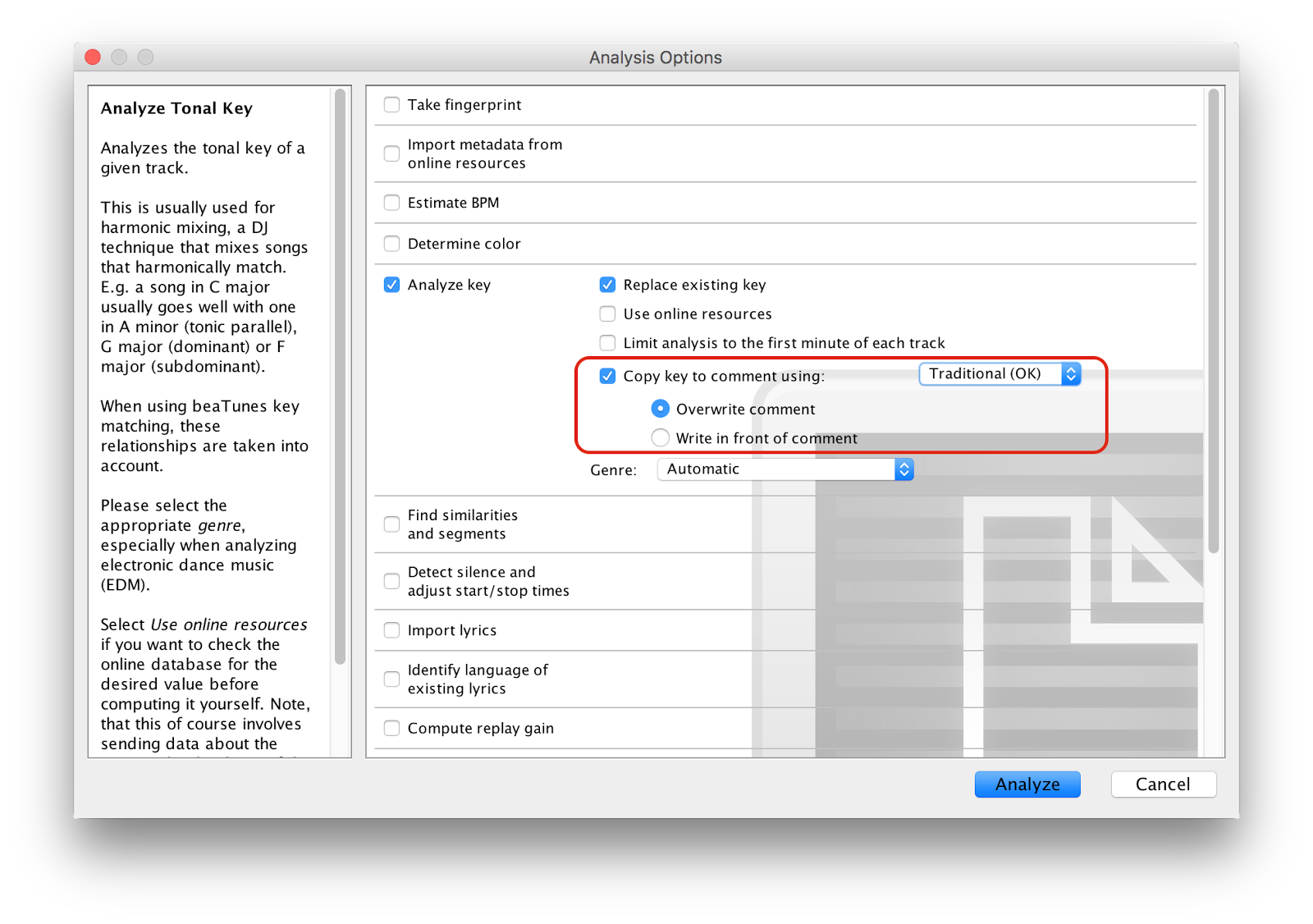 A feature that has previously been realized in the form of a plugin, is the new ability to write the computed key to the song's comment field. This can now be achieved via new options for the key analysis task. There you can also choose which format you'd like the key to be written in. Related, but slightly different, is the new ability to embed Open Key Notation keys into your files. I have fought this for a long time, because the ID3 specification simply forbids it and it endangers interoperability. But since pretty much everybody else does it in one way or another, not bothering to separate information from presentation, I figured it's time to give in. So beaTunes 4.5 gives you the choice between the ID3 TKEY format and Open Key Notation. You can configure this in the general preferences. 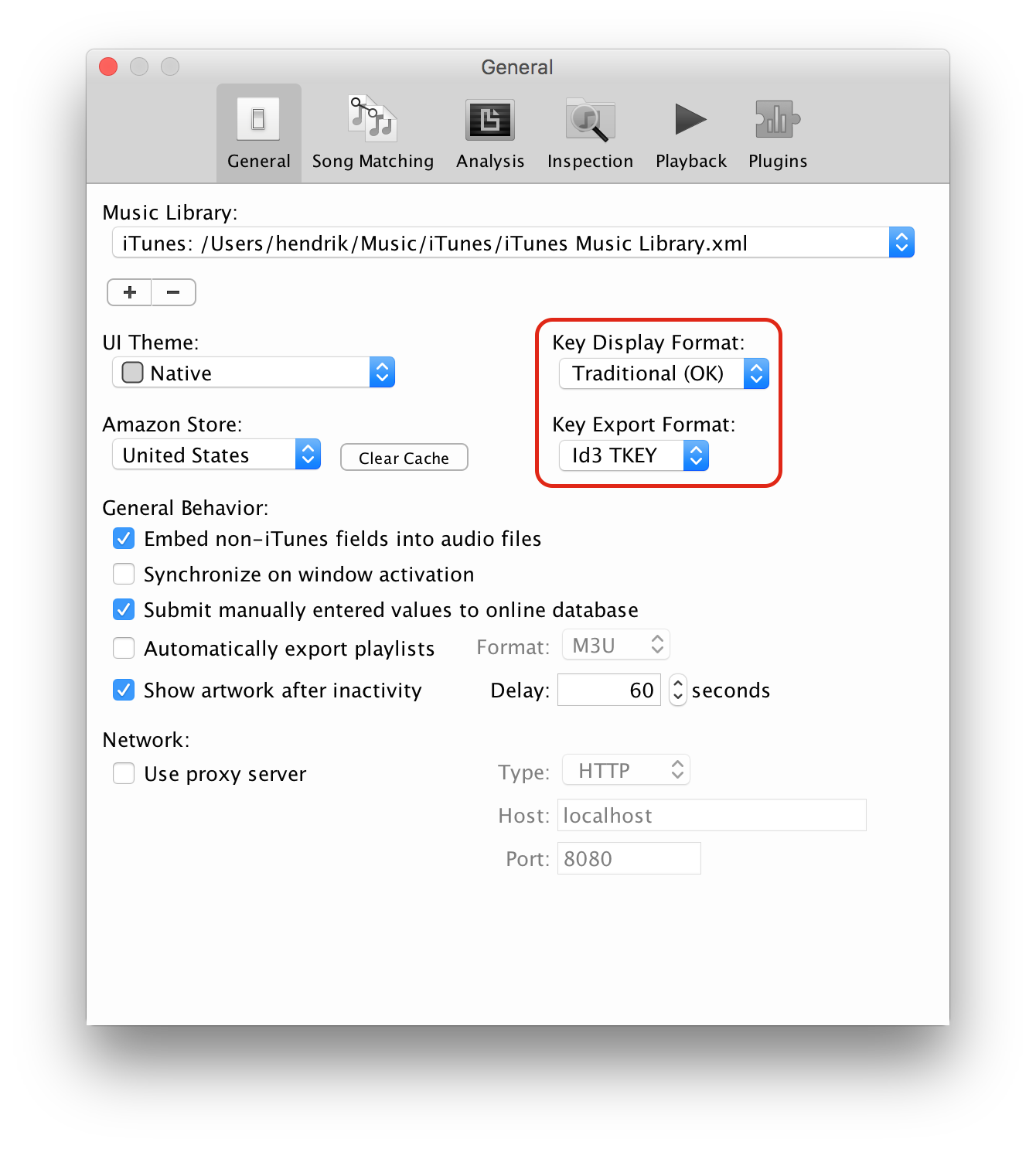 Much has changed under the hood. Most significantly, many of the open source libraries beaTunes depends upon have been updated. Thus this new version benefits from general development progress. Additionally, caching and memory management have received some attention, resulting in some general performance improvements. 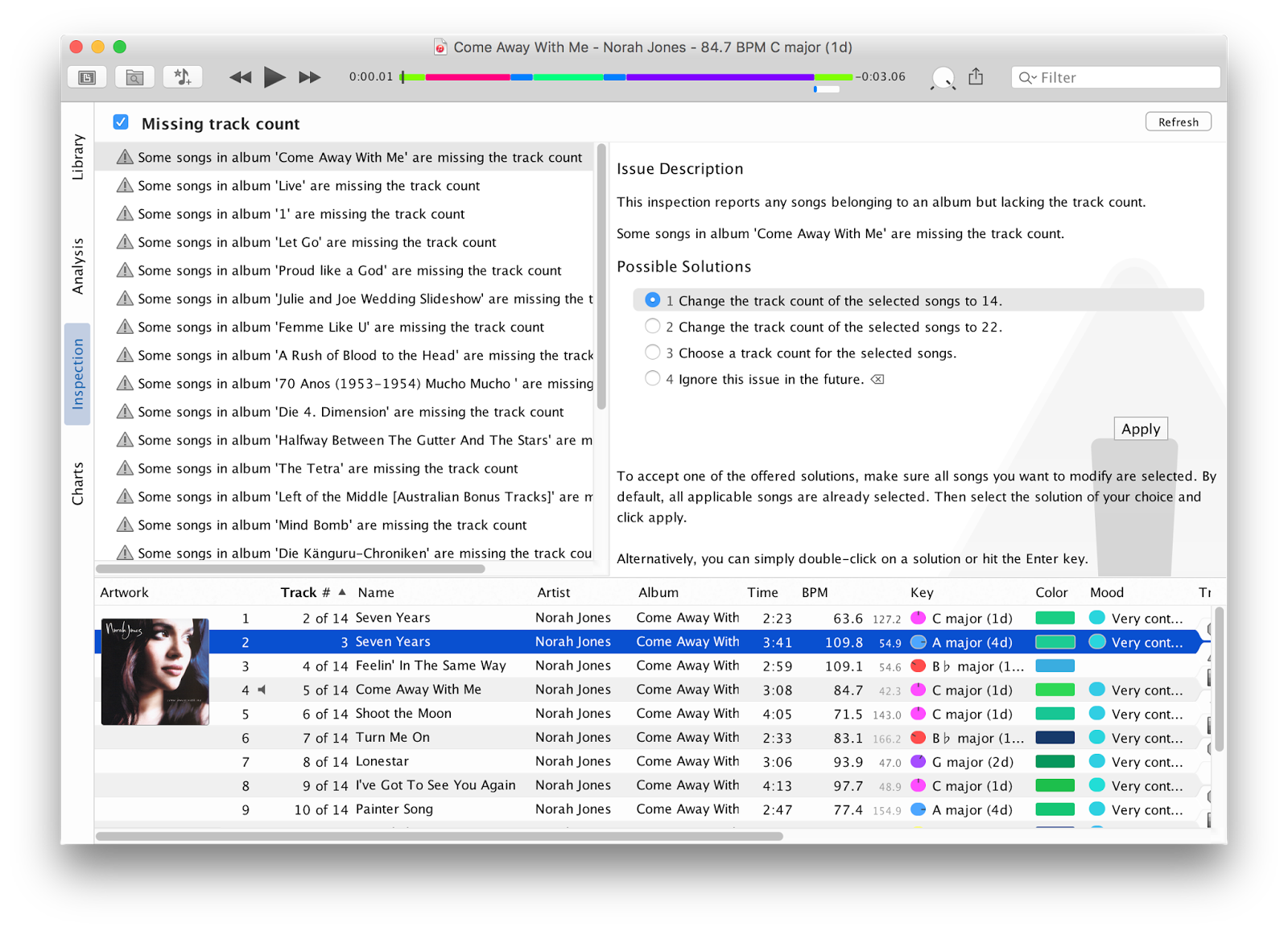 Naturally, that's not all that has changed. There are a whole lot of little things that were improved, fixed, or added. For example, some inspectors got additional solutions and there's even a whole new inspector making you aware of missing track counts. When importing tags from Last.fm, mood-related ones can now be properly embedded into the ID3 mood field. You can now choose, whether beaTunes should write track or album replay gain into the proprietary iTunes iTunNORM tag. … Frankly, there's no point in listing it all.

Worth mentioning though, is this: The update is free for existing beaTunes 4.0 users—yes! you can simply download and install the new version from here. beaTunes 2 and 3 users can use the same download, but need an upgrade license to unlock it.
I sincerely hope you enjoy this update.

Thanks so much for your ongoing support.

It's time for Early Access #4. This one will again expire after just one week. As always, please provide feedback. Thank you!

It's time for Early Access #3. This one will expire after two weeks. As always, please provide feedback. Thank you!

Please do not download EA3 anymore. You can find EA4 here.