For many years now, beaTunes has offered matchlists—playlists that are created not based on simple, hard yes-or-no rules, but based on softer concepts like similarity. Nevertheless, when creating matchlists, beaTunes follows a couple of rules. First of all, the ruleset, which defines what kind of similarity we are interested in. And then, a short list of explicit additional rules, like excluding podcasts or DRM-crippled tracks. In the matchlist dialog, yet more filters can be added, like limiting matches to a certain artist or genre. Besides these explicit rules and filters, beaTunes applies some additional, implicit logic:

The idea here is to disallow clean duplicates (who would want to hear the same song twice in a row?) and even duplicates that may have been released on different albums or are covers. Usually, both rules are useful—unless of course you actually want to allow tracks with the same title. Imagine creating a list of all tracks with the somewhat unoriginal title "Love." To allow creating this kind of matchlist, beaTunes has a new checkbox: Allow multiple songs with the same title. The option can be found in the matchlist creation dialog. 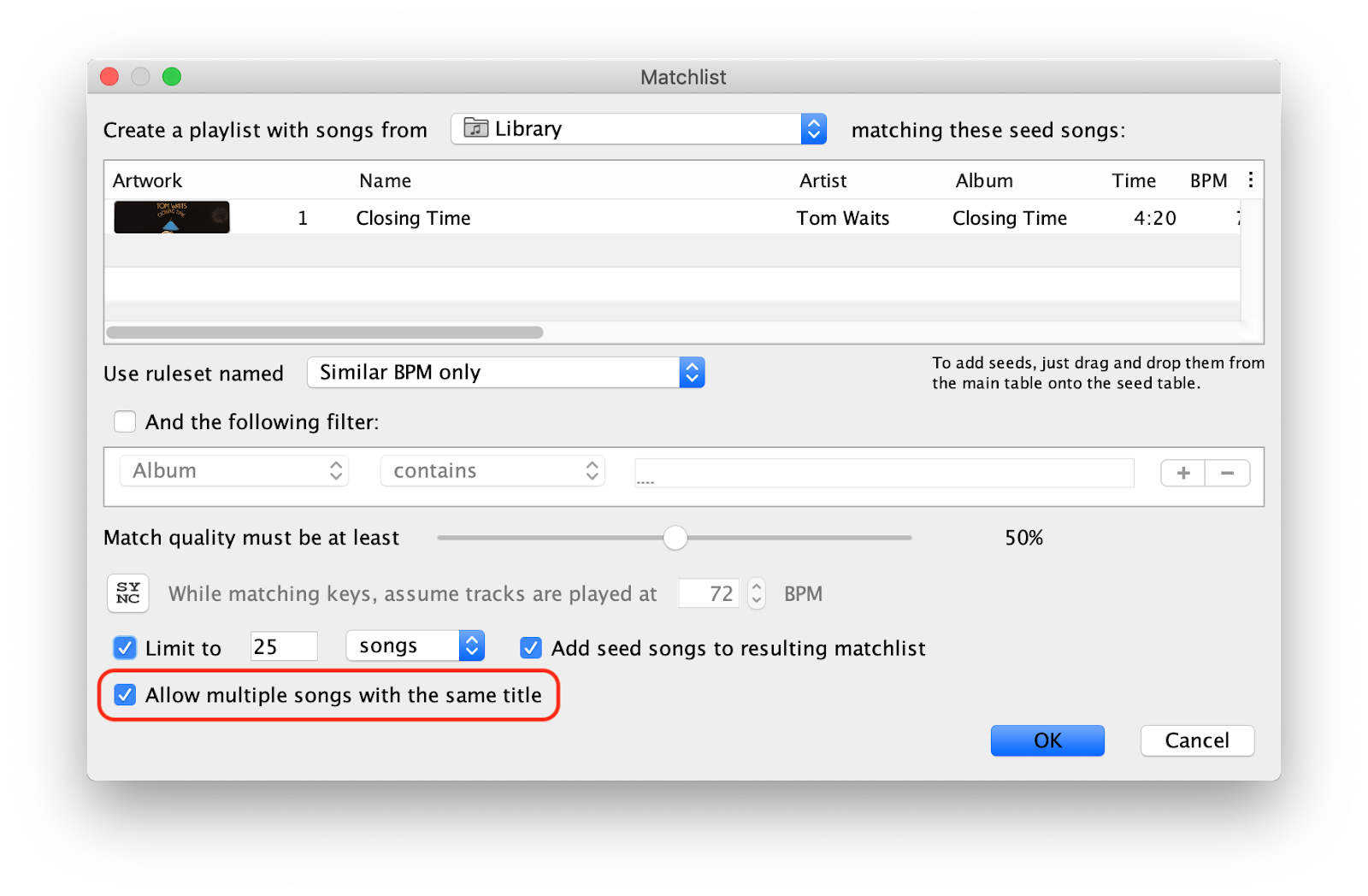